The programme allows students to enhance their performance skills, work with professionals within the industry and challenge perceptions about theatre being inaccessible for young people from disadvantaged areas.

The Spotlight Programme aims to commission a professional playwright, each year, to write a play for the scholarship students to perform.

Not only does the commission allow the students to get first-hand experience of working with a professional playwright but they will also get to work with a range of directors, theatre workshops, composers / musicians, photographers, set designers – experiences they may not get until they have actually been employed in the industry. The commissioned performances will tour locally and also venture across the UK and Europe.

The programme also offers free trips to shows / productions which the students are usually unlikely to attend due to travel costs and ticket prices. These trips will allow students to get an insight into how professional shows are produced.

Not only does the programme aim to support the students’ development in performance but it aims to provide financial support to help students attend auditions as transport costs and audition fees can deter students from attending.

The scholarship is for students in Year 9 and above but there are lots of drama clubs and productions open to all ages. 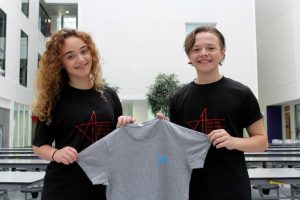 Ocho tells the story of eight men from Hull who went to fight in the Spanish Civil War. Jane Thornton is a BAFTA–winning playwright and she has worked with local historians and relatives of the eight men to weave together this fascinating tale, not only of the men but of the wives they left behind.

Beginning in Hull in 1936 and set against the background of the Depression, the play evokes memories of picnics in East Park, the tannery, the docks and the joy of washing day! Facing the challenge of unemployment and the rise of Fascism, James Bentley and Robert Wardle decide to take a train from Paragon Station in Hull and travel to London, through France and over the Pyrenees on foot to fight with the International Brigades in Spain. They leave behind, their wives; Kitty and Maggie and three small children who despite the struggles of the time remain optimistic and hopeful for their husband’s return. With specially composed songs by Dave Rotheray of the Beautiful South ( I Need a Little Time, Don’t Marry Her Have Me) and design by Lucy Weller (National Theatre, Royal Court)

Ocho is performed by the Spotlight Ensemble from Archbishop Sentamu Academy in Hull.

Having worked with John Godber and Jane Thornton on projects in the past the school approached them to help with an idea to launch the Scholarship programme. They had been told the story of the eight men by musician Gary Hammond (Percussionist with the Beautiful South and The Hut People) who was seeking a platform to honour them and their achievements. Thus, the two ideas came together and Jane set about writing a play that would give the Archie’s students an opportunity to work with professionals on all areas of the production and the chance to perform not just in school but in professional spaces across the city. Through his connections as a fellow at Liverpool John Moore University, John Godber was able to organise taking the play to the Institute of the Arts in Barcelona. Eighteen pupils will travel out to Spain on the 10th July and as well as performing; they will enjoy cultural tours of Barcelona and areas relevant to the Spanish Civil War

Jane Thornton has given her time freely to write and direct this project as has David Rotheray and Gary Hammond to compose the music. Other creatives are working at vastly reduced fees. This project has only been made possible by the generous donations from Companies and individuals in Hull who have been inspired by the talent of these wonderful young people. We would particularly like to thank Sewells, Lord Prescott and John Godber, the City Council and the Lord Mayor of Hull, the Unite Union and others who wish to remain anonymous for making this all possible.

Please see the following link from Diabetes UK regarding 'The 4 Ts'. Their latest guidance has been shared to help raise awareness of common symptoms for diabetes in children diabetes.org.uk/get_involved/… pic.twitter.com/JpdV0CI6XT

It’s facilitating activities and designing projects for the local residents, and it’s really magical to be part of. It goes without saying that I owe some huge thank yous to the team at ASA for all the ways they set me up for everything I’m lucky enough to do today! Part 4/4

I’ve had the chance to work on some amazing freelance work with theatre companies in Hull and East Yorkshire. I now work for Absolutely Cultured in Gipsyville as part of their community engagement programme. Part 3/4

After finishing uni, I was incredibly lucky to gain a place on the New Directors’ Programme ran by VAULT Festivals in London. I directed a piece of new writing on the West End last July - which was a completely incredible experience. Part 2/4