ASA 6th Form student Kai Ness has won a place at the prestigious King’s College, Cambridge. Kai will study History, a subject he has excelled in at ASA. Mrs Kristina Hill, Head of 6th Form at ASA, said: “This is a stunning achievement for Kai who has worked incredibly hard and has always had confidence and ambition. All his teachers are immensely proud of him and have no doubt he will achieve further academic and personal success in the future.”
Kai’s passion for History was sparked at a young age when he was exchanging stories from the past with his grandfather. He chose the subject for A Level and impressed the Cambridge admissions tutor at interview in January 2022. Having secured the required grades at A Level, Kai is looking forward to beginning his studies at King’s in late September. Executive Headteacher Mrs Helen Winn and all the staff at ASA wish Kai the best of luck in the future. 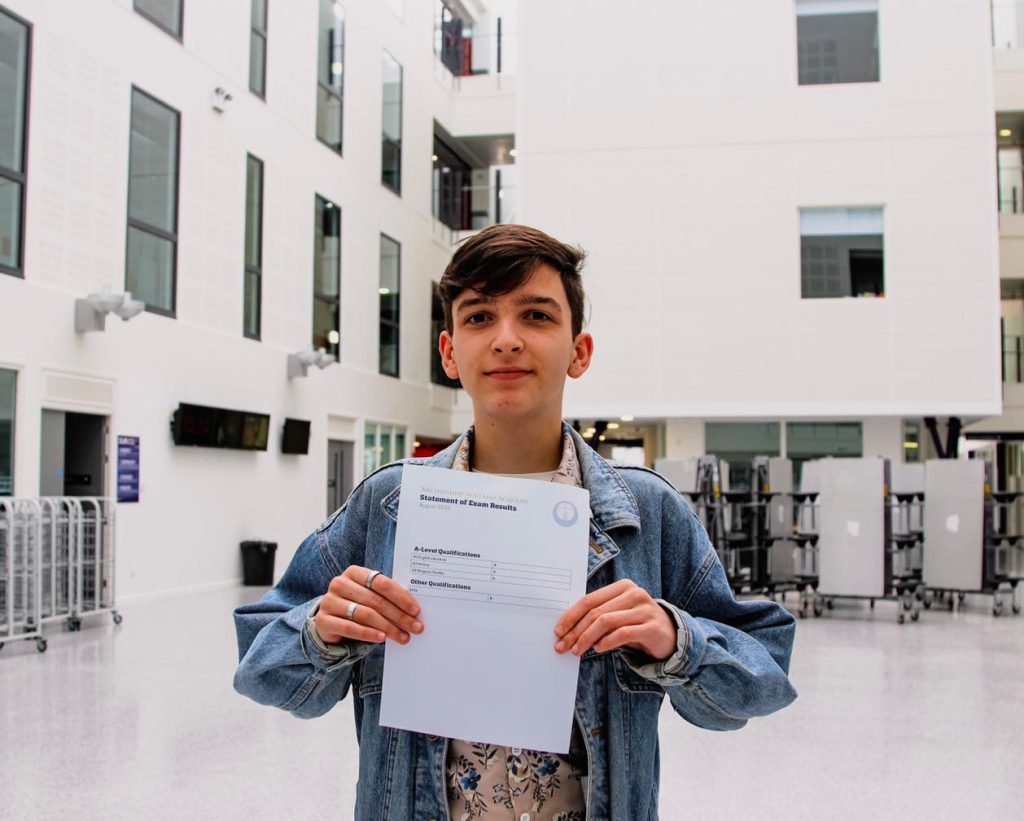